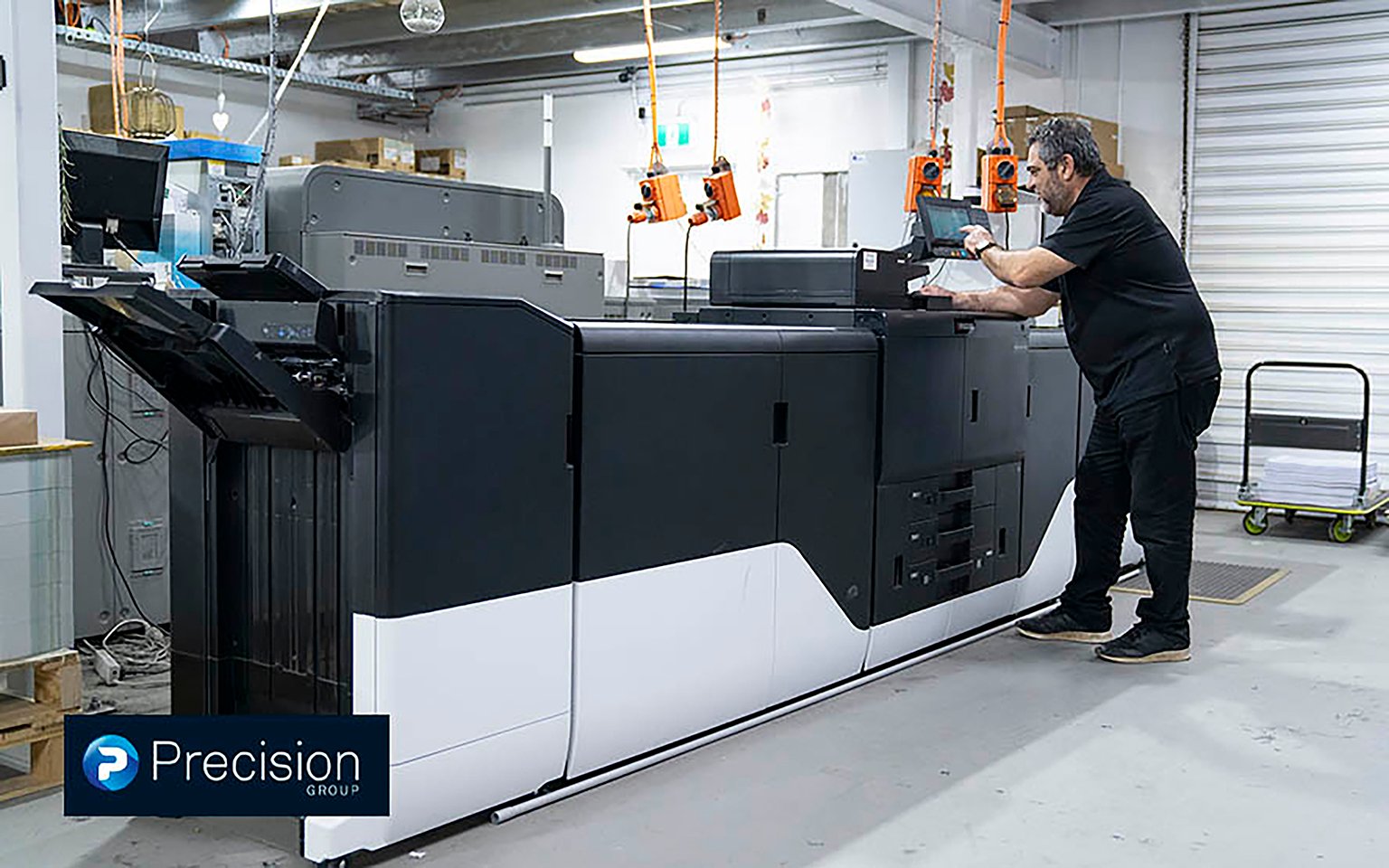 Precision Group is a privately held family business comprising of marketing experts and production specialists. With a large mailing house with digital and offset capabilities, their goal is to deliver high levels of consistent communication on the behalf of their clients.

They offer a wide variety of communication services to Australian businesses. From design, creative, print, mail and digital services, they enable brands to connect with people.

“But there always was a gap in the slightly higher volume work where the cost of digital became a little bit prohibitive and the throughputs of doing small volume, which was a two-part process with overprint, became inefficient.”

Take advantage of an opportunity to use an inkjet press for higher volume work.

Offset printing that requires a two-part process with overprint which becomes labour intensive and expensive.

Needed a device to fit their current production environment and offer greater personalisation to their customers.

Increased speed to market and ability to respond to client requests. 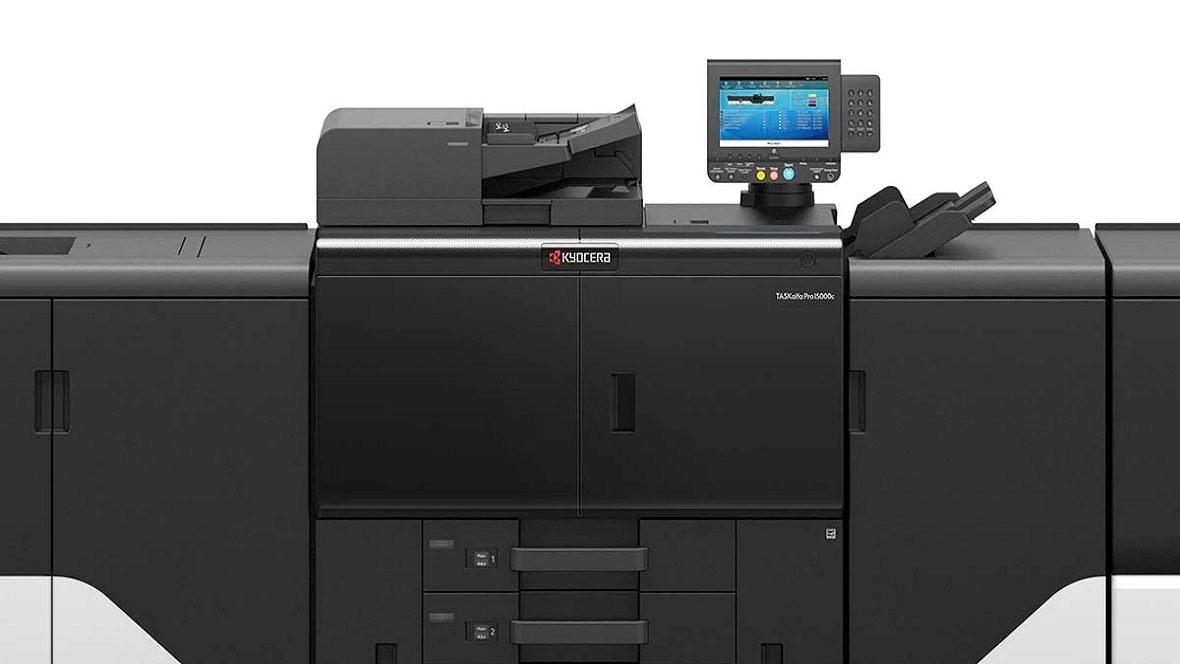 Precision Group Head of Operations, Systems and Workflow Matt Gatfield recognised a potential gap in the market where there was an opportunity for inkjet but for slightly higher volume work.

“But there always was a gap in the slightly higher volume work where the cost of digital became a little bit prohibitive and the throughputs of doing small volume, which was a two-part process with overprint, became inefficient.”

They also identified that the entry-level features of the TASKalfa Pro 15000c were very appealing to their business, alongside its flexibility, output capabilities, footprint and efficiencies.

Precision Group decided to install its first TASKalfa Pro 15000c press in November 2020. The TASKalfa Pro 15000c is a high-speed production four-colour CMYK inkjet colour printer that aims to offer reliability, flexibility, and consistency at up to 9,000 A4 impressions per hour in colour or monochrome. Its support for uncoated stocks ranges from A6 to SRA3 and beyond from 56 to 360gsm.

The main unit itself comes with an optional Fiery System to optimise colour and boost productivity with advanced workflow options. The initial installation was so successful that in July 2021, Precision Group again seized the opportunity and installed a second press.

“We didn’t have a lot of pre-committed work to put through to it so once we got it going, got our staff familiar with it and ran successful testing, managed to migrate a lot of our existing customers over to that platform. It happened much faster than we expected,” he mentioned.

“This has also allowed our other machines to do what they do best as we’re not trying to produce short runs on a big offset press.”

"They were a perfect fit that sat in between. We’re saving our clients time in terms of speed to market and in some instances, reducing costs as well. For us, the presses have provided us with flexibility."

The installation of two TASKalfa Pro 15000c devices has helped Precision Group greater flexibility in their client offerings. The presses output capabilities allow for higher levels of personalisation for their clients which can’t necessarily be achieved with an offset and overprint. The TASKalfa Pro 15000c was also able to deliver cost-saving benefits due to its low running costs and low energy usage.

“So, when these machines came along, they were a perfect fit that sat in between. We’re saving our clients time in terms of speed to market and in some instances, reducing costs as well. For us, the presses have provided us with flexibility,” said Matt. “Its throughput gives us so much more flexibility and considering that a lot of the work we do is variable, it allows us to offer high level personalisation to our clients – which you can’t necessarily do with offset and overprint,” he said.

Nick Carayanis, Precision Group General Manager, added that the support from the Kyocera Document Solutions team has been faultless and that they have been available to support Precision Group at every step of the way.

“The technicians have bent over backwards to ensure that the presses were installed properly and a proper handover was provided to our staff. The support has been top-notch and the machines are very reliable and fits our operations perfectly.”

Our debut production print device is set to shake up the industry with Kyocera's trademark reliability and efficiency.