The game-changing charger for electric vehicles

Electric vehicles are becoming more common, but infrastructure is struggling to keep up. 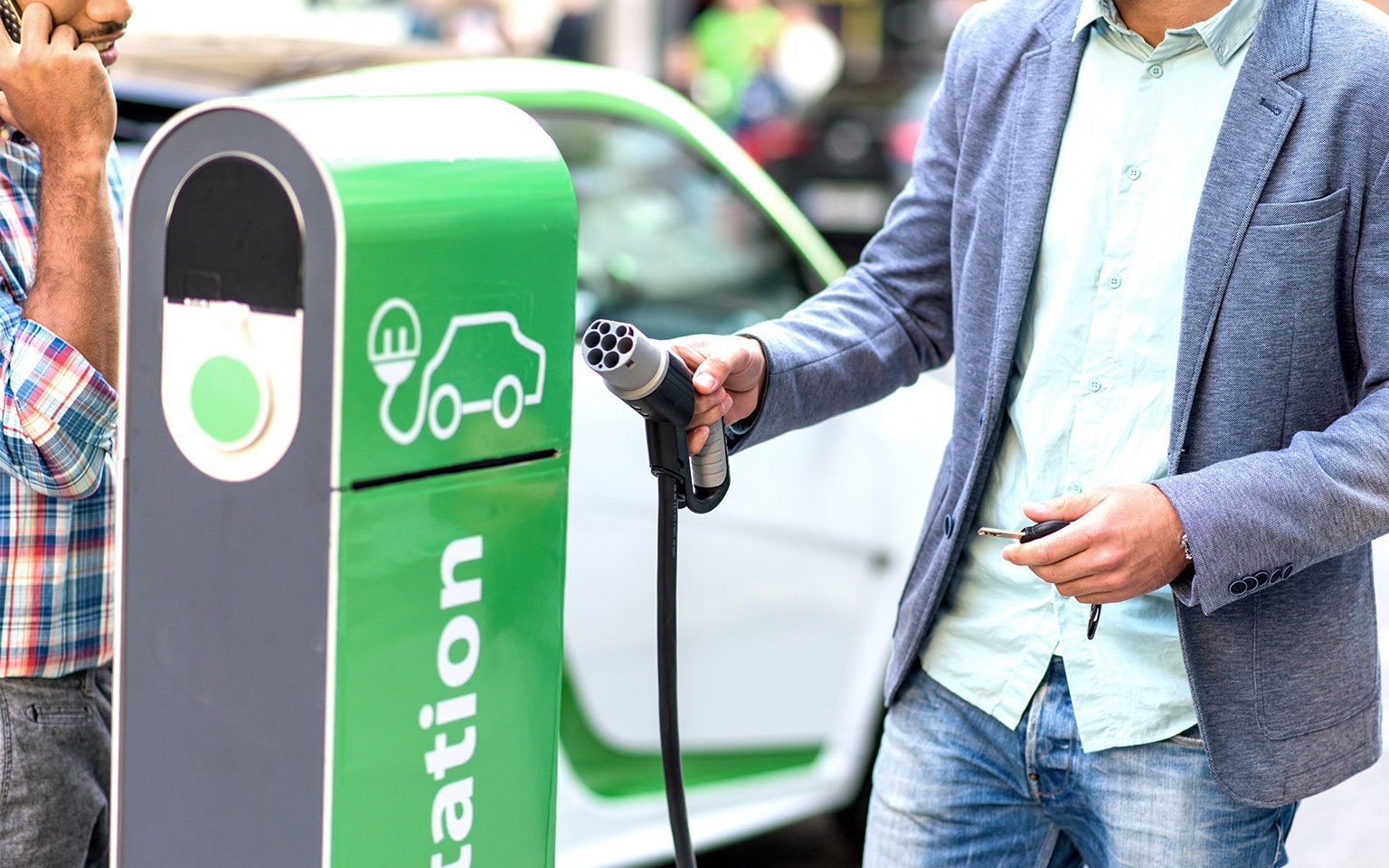 Lee Williams looks into a potentially game-changing Ultra-Fast EV Charger that charges from the grid at a slow non-straining rate to release power quickly to the vehicle.

Electric vehicles are catching on fast. Every car manufacturer is now working on one or has already released one. Several countries have committed to getting rid of petrol and diesel cars completely, some like the Netherlands and Norway as early as 2025, others like Germany and India in 2030. Even the largest car market in the world, China, has promised to end the production of traditional energy vehicles in the near future.

But the promises belie the reality. EVs currently make up just 0.1% of the world’s automotive market according to a 2017 OECD report. What’s worse many developing countries – the very ones which will be buying and producing more cars in the future – don’t have the infrastructure to cope with electrification.

That’s why the development of EV charging infrastructures is crucial. And why a prototype charger from Italian company Nidec ASI could prove to be a game changer. Not only does it claim to be faster than its competitors, charging an EV up to 80% capacity in less than 15 minutes – the Tesla Supercharger takes around 30 minutes for the same amount – Nidec ASI’s Ultra-Fast Charger acts as a buffer between the grid and the vehicle, mitigating the strain on infrastructure as more and more EVs hit the road.

“The Ultra-Fast Charger sources power from the grid,” explains Matteo Rizzi, director of global sales and marketing at Nidec ASI, “and relying on battery energy storage, it provides an electric vehicle with power from 320kWs-350kWs. Based on this battery it can deliver six to seven times the power that is sourced from the grid.” The key component is the battery energy storage system, essentially another battery interposed between the grid and the EV. This can charge from the grid at a slow non-straining rate of 50kw while releasing its power quickly to the vehicle at 320-350kWs.

“Places where we traditionally think about cars have relatively modest electrical supplies.” 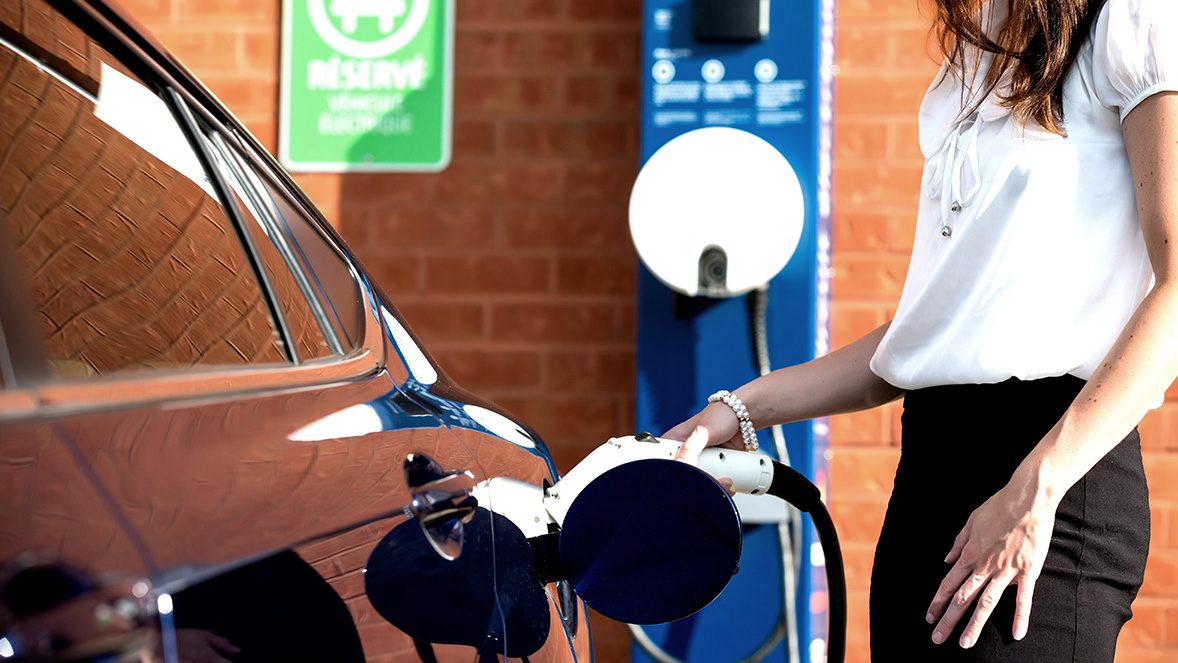 “Where this begins to make sense is that you can put chargers into areas that don’t have a 350kW feed,” explains Dr James Marco, an expert on EV charging and infrastructure from the University of Warwick. “Places where we traditionally think about cars, so multi-storey car parks, petrol stations, service stations on the motorway – they generally have relatively modest electrical supplies.”

The same applies for poorer countries, where the electrical infrastructure is not adequate, or renewable energy might replace the grid as a power source. “We are very keen on pushing the model where the EV lives on renewables instead of putting pressure on the grid,” says Rizzi. “The charger allows us to store this energy and multiply the output power six or seven times.”

Targeting renewables markets in developing countries, Nidec ASI are working on creating low voltage (LV) charging stations with centralised batteries which can charge 12 vehicles to 80% capacity in just one hour or 80 vehicles in a day. Rizzi sees these stations, which require up to 200kWs power input, as working within a micro grid where localised renewables such as solar panels on the roof provide the power source. These are expected to come online in the next two years, followed by medium voltage (MV) charging stations which operate straight from the grid or a renewable source and recharge up to 135 vehicles in one hour.

These bigger MV charging stations will require significantly larger amounts of power and some investment in grid infrastructure or renewable energy sources, which points to a potential blockage in the way forward. Ultra Fast Chargers may be a workable stop gap but what happens when most families own an EV? Surely the inevitable strain on electricity infrastructures is going to come at some point, whatever we do?

Dr Marco doesn’t think so. “Given the forecast growth we’re not in any trouble yet,” he says, “and we won’t be for quite a while. So at a generational level I don’t see there’s going to be an issue as long as sensible things are done.” These sensible things include demand-side management of energy, like smart chargers linked to smart grids alongside smart metering, so even though you may have a hundred devices plugged in at once, they don’t all charge at the same time. Devices are charged at different times to maximise usefulness and dampen impact on the grid, even supplying power back to the grid at down times.

This last point could be the key to integrating EV charging infrastructures into developing countries in a low cost and relatively seamless way, according to Rizzi, because they bring profitability into the equation. At the forefront is vehicle-to-grid (V2G) charging, something which the Ultra Fast Charger can also do. This enables vehicles to effectively send power back to the grid when plugged in but not charging. It opens up a new world where EVs become not just consumers of power but generators of it. “Charging your car at work might become an employment perk,” says Marco. “A university or a science park that has a car park full of EVs – you could get your car charged for when you leave at five in the afternoon. In return for that, you let your car be used as part of a virtual power plant between the hours of ten and three.”

Rizzi sees this system being used anywhere lots of cars are parked for considerable lengths of time, from offices, to healthcare centres to railway stations and airports – virtual power stations which no longer drain power but become vital organs replenishing the energy of the grid. It could also work on an individual level. “At home you might have your EV,” says Marco, “and in addition you might have a small battery system that sits in your house, perhaps the size of a conventional fridge, and you’ll have solar panels on your roof. You’ll have the control and the data to manage those and have a little energy island in your own right.”

Nidec ASI is not the only company focussing on V2G charging. Nissan is partnering with energy giant E.ON to make V2G technology available in the near future for its EV, the Leaf. And UK-based OVO Energy already provides V2G chargers that can manage power intelligently via a smartphone app. As the technology catches on, Rizzi sees it as becoming fundamental to the uptake of EVs in poorer countries without the need for huge infrastructure investments.

“You can make sure through this smart grid approach of making a profitable business model,” he says. “It’s not just about making big investments, that’s not feasible. There are several revenue streams you can build into this, and that’s the message.”